Curious to explore your ‘creative side’?

When we are children, we don’t question the power of our own imagination, but somewhere along the way, many of us come to believe that creativity is for artists and not for us. Louise Gorst, who’s running a number of courses locally this month, holds powerfully to the contrary view that everyone is creative, but that there are blocks in the way of us tapping into what is a universal impulse. Her teaching is all about this process of unblocking.

“For a start it helps to be in the moment”, she says. That is why her weekly Experimental Drawing and Painting classes begin with a short mindfulness meditation – and then it’s about learning new skills, practicing them and having fun.

When Louise came to Lewes – via Sydney and London – for the first time, over twenty years ago, she found Paddock Art Studios quite by chance and took it as a sign that it might be the place where she could escape the city and “reconnect with nature”. She’s been involved there ever since.

Over the years, her teaching has moved a long way from her original life drawing classes and now offers something quite distinct from representational drawing or portraiture. As the name suggests, the classes are about experimenting, without too much focus on the end result. “When you start with a creative process you don’t know what the result is going to be,” Louise says, “just as when you go to bed at night you don’t know what you will dream.”

There is method and structure to the course. “It’s not just anything goes; people need some sort of structure or they panic”, she says. The courses and workshops rotate through different themes which include colour theory and the colour wheel as well as abstraction and pattern. *see Experimental Drawing & Painting blog for full description of the different themes

The course has been a success from day one and there’s always a waiting list, according to Louise. She’s now started a second class in Isfield, and expanded her offer to include a drawing method called Zentangle – which uses structured patterns. It is based on the idea that anything is possible “one stroke at a time”. The practice, she tells me, has an effect akin to meditation and anyone can do it.

In addition to her ongoing weekly courses, Louise also runs one-day workshops, Creative By Nature, which offer the opportunity to dip a toe in the water. In all her classes, her students are a real mix in terms of prior experience, and are often surprised by how much they enjoy it, she says. “What people say is that time flies, like they have become so absorbed in what they are doing that their left brain has switched off.” 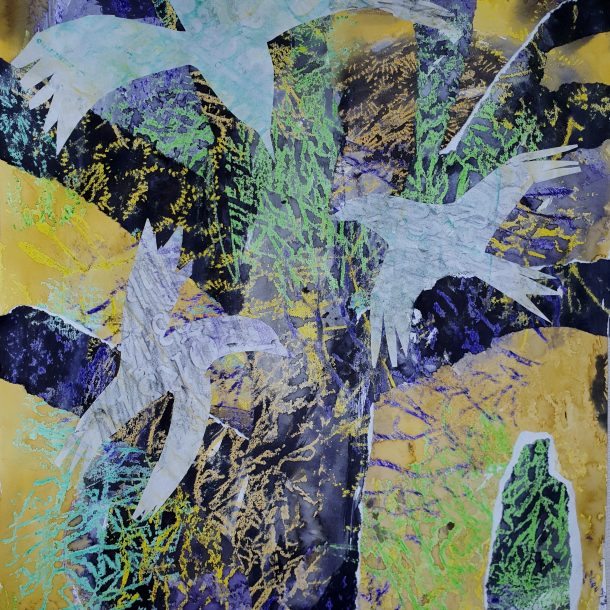 The 6 Themes of the Experimental Art Courses
Next Article